Today we are leaving Moab to head to the Denver West KOA, it should be around a 6 hour drive.

I will update the blog and pictures album when and if I get some decent WiFi!!!

Moab is very beautiful! I wasn’t expecting it to be as beautiful as it is. It is breath taking!

Started raining, then really poured outside of St Louis.

We didn’t get to see the arch because we took route 270 around St Louis, crossing the Mississippi River and then the Missouri River, officially putting us in the west! I was a little disappointed we didn’t see the arch, but it was ok.

We ate lunch at a nice rest area. Then back on the road heading toward Kansas City. We hit the city at mid afternoon so traffic wasn’t much of a problem. But…if you’ve ever been through Kansas City, it is a maze of roads and overpasses. Bob and Frank were glad to be out and on the other side.

Next was Topeka, which was a piece of cake. We were there just before rush hour. Our timing for all the cities today was spot on.

Then Kansas started to open up and we rolled through the amazingly beautiful prairies. Green rolling hills and you could see forever.

We were having quick and easy dinner of tacos when Bob got a text that our train ride from Durango to Silverton has been cancelled! Everyone is very disappointed, but we understand. It must be an awful fire.

We discussed what we are going to do instead of the train ride and even if we still are going to Durango at all.

We all decided to sleep on it since we are all crabby, tired, and hot! Ok, maybe that’s only me.

Tonight is another early to bed night. Tomorrow is a 6 hour drive to Colorado Springs area. We don’t have to get up as early, yay!! We plan on rolling at 8am.

I was awake at 3:30am this morning ☹️ and got out of bed around 4am. I wanted to make sure I had plenty of time to get any last minute things done before meeting the Drzals at their house at 7am.

Thank goodness it stopped raining! It was torrential down pouring while trying to hookup last night.

We left this morning on time, which was a miracle, and the drive was fairly uneventful. We hit a bunch of rain in West Virginia but it cleared off and right now it is quite pleasant here in Indiana.

We arrived here around 5:30pm. BLT’s with macaroni salad and broccoli salad were a perfect quick dinner.

We just finished cleaning up and I’m relaxing while Bob takes a shower. We stayed hooked up but put the jacks down to stabilize, that way we can get moving quickly tomorrow.

We plan on hitting the road at 6am and be to Salina, KS around dinner time.

Well, it’s the last day to get everything finished before we leave on a three week trip out west. Hopefully we can hit the road at 7am tomorrow morning, meet the Drzal’s with their 5th wheel, and be on our way to the first overnight just south of Indianapolis, Indiana. We have watched the Weather Channel and are NOT looking forward to possible tornados as we pass through the storm front.  Our focus is getting to Colorado Springs by Wednesday. We will be stopping in the early evenings, around dinner time in Indiana and Salina, Kansas. It will be nice to have time to enjoy dinner and relax before heading out the next day. We’re saying prayers for smooth sailing and no problems….

I hope to journal every day we’re on the trip, although, I’m not sure how much time or internet availability I’ll have.  I will log every day then upload when I get the chance.

Packing up in the rain sucks.  This is my view from the truck as we are about ready to head down the mountain from our campsite.  It was a great trip.

I put up a slideshow of the pictures from this morning. Enjoy!  I plan on updating as the garden grows.

Walking around the backyard with a cup of coffee. Here’s a picture of the first iris that bloomed ! 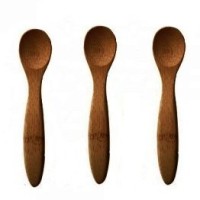 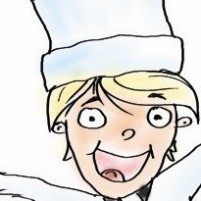 A Coalcracker in the Kitchen

Collecting spoons through Boston and Cambridge.

Providing you with nature's best sweetener!

Cook Up a Story

Inspiration and Recipes for Growing Families

The latest news on WordPress.com and the WordPress community.